Over the years, there have been many attempts from manufacturers at making the smartphone a simplistic extension of our day-to-day lives. We have seen many technologies come and go in this attempt (looking at you, [3D Touch, Soli, Air View]), some of which had incredible potential; but fell short due to lack of proper integration, lack of developer support, or a combination of the two.

However, Apple has shifted its focus off of the gimmick features that give users a 5 minute “wow” factor from hardware, and has instead begun devoting its team into researching how to put great software on top of already-existing internal components; cue: App Clips.

What are App Clips?

App Clips are Apple’s newest attempt at allowing users to take advantage of the power of apps built using their native programming language (Swift), without having to download the entire app. On the surface, App Clips are an over-simplified version of a website; allowing users without the app to quickly download a small portion of the app that gives them a specific amount of functionality normally only accessible by downloading the full app. What separates App Clips from a website, however, is its deep integration into the ecosystem that Apple provides to every individual using their esteemed iPhone.

What this equates to is the ability to timely download a specific portion of the app delegated to be able to complete a task in minutes using services such as Sign in with Apple and Apple Pay, all without ever having to launch a browser window. 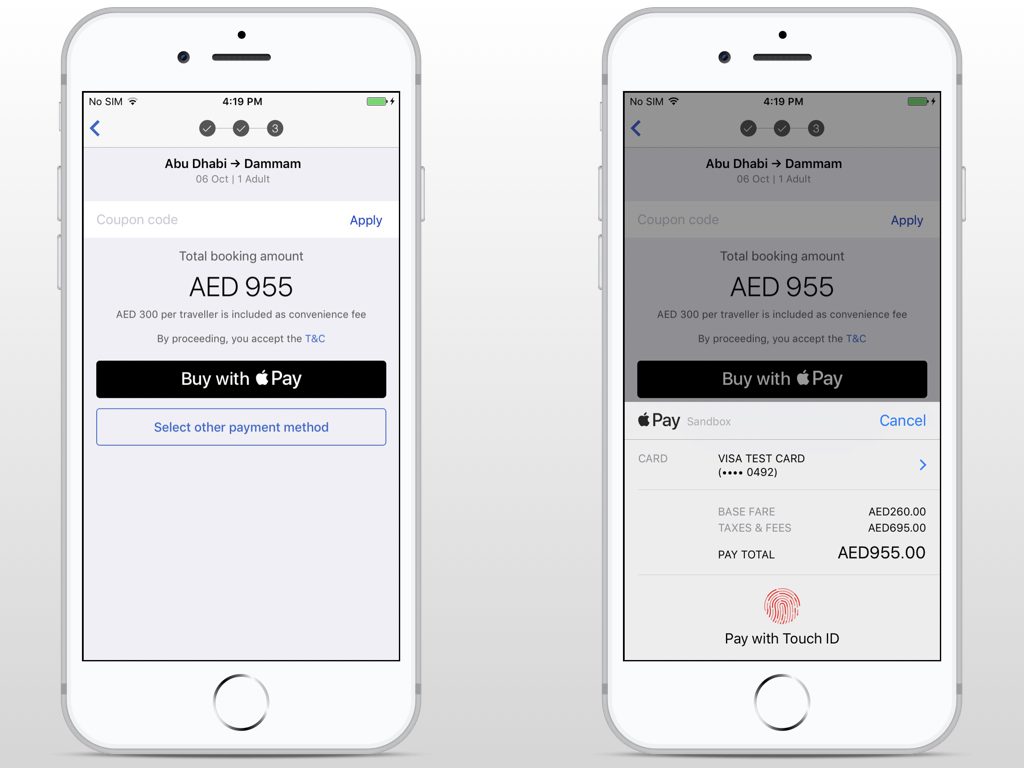 Along with the introduction of App Clips came a common question: “Why not just download the full app?” And the answer to that is: You should… sometimes.

App Clips are in no way attempting to replace the App Store (yet), as aforementioned, they are a way to minimize the app. Picture this scenario: you are at a bar with friends on a Friday night and you have just reached the bottom of your tequila sunrise; you start heading toward the bar and to your dismay, see that the bar is surrounded with enough people to rival the Roman empire. Rather than returning back to your friends empty-handed you decide to pull out your phone and doom-scroll through Facebook to kill some time long enough for the swarm of drunken college kids to die down. As you begin to unlock your phone you are met with a notification from Siri: “[Bar] has an App Clip for this area.” Curious, you press the notification and within a few seconds you are happily ordering your next beverage from the comfort of your 2 feet of personal space. You place your order, and watch happily as the Bartender sees the order appear on his screen, and hands it off to you in a matter of minutes; no blood, sweat, or tears expended.

Obviously, if the bar has an app, it’s always a better idea to pre-emptively download the app before going out as to have it on deck in this specific scenario, but with App Clips having the requirement for developers to remain under 10MB (for comparison, as of writing, Facebook’s iOS app stands at 227.6MB), if you are forced to succumb to this option, it shouldn’t be too much of a waiting game.

Another question that may come up is: “Why not just make a website? Wouldn’t that be easier?”; Yes and no. It would be much easier on the distributor, but it wouldn’t make much of a difference on the consumer’s end. Any small business should invest in online presence (including a website), and as the digital age continues to progress, it is becoming ever more crucial to their survival. However, App Clips are not here to replace a business’ website, they are here to coincide with them. If a business’ website is the “face” of the company’s online presence, then App Clips should be looked at as a fine accessory; something flashy, yet simple, to catch the attention of their target audience and stand out against their competitors.

How To Create A Successful Webinar

Webinars have made it possible for businesses to hold conferences through the internet without having to be physically present. The term comes from the contraction …

How to stop Zoom Bombing

Wondering how to stop Zoom bombing on your Zoom calls? Here are our tips to make sure your online conferences don’t get interrupted.

Wondering what the best virtual meeting platform is in 2021? Traffick Media has our list of pros and cons of each virtual platform.

How To Unlock Your Iphone with a mask – Update 14.5

Wondering how to unlock your Iphone with a mask? Traffick Media is here to to help after Apple’s newest update.

How to Clear Space on Your Mac

Wondering how to clear space on your Mac computer? We are here to give you a step-by-step guide on doing just that.